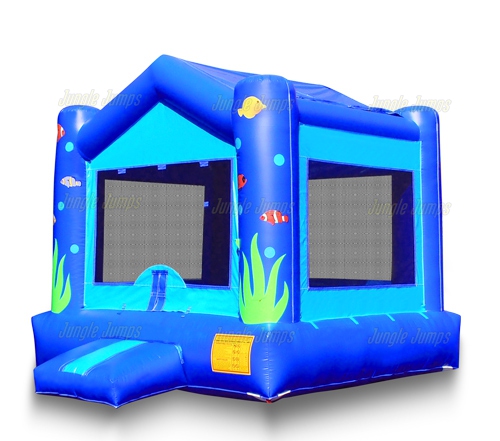 For many small bounce house business owners the idea of making a video commercial seems extremely daunting. The good news is that not only is it often very affordable to be able to advertise on the television now, especially if you advertise on local television channels, it is also very easy to create your own commercial. So how do you go about creating a commercial without spending tons of money?

First you’ll need to know the basics – such as which stations you’re going to be advertising on and how much it is going to cost to create an ad. Ads run anywhere from 15 seconds to one minute, but it is likely that you’re going to want to start with a 15 or 30 second ad. You will need to find someone who is able to create a video for you. One affordable option is to look to college students who are studying video editing. You can pay them a small amount of money and it will give the student work experience while, at the same time, ensuring that you get a fairly decent commercial.

You also need to get the best units you purchased from the bounce house manufacturer’s that you have. You will want to showcase more than one unit, and if possible you will want to showcase a variety of units, including inflatable slides if you have them. You also need a large, flat area in which to set up in. Make sure that you have at least two or three different views you can see the bounce house units from so that the casual observer of the commercial will not realize that all the video was taken in the same location.

Once you have set up the inflatable’s you purchased from the bounce house manufacturer’s, it is time to get some children. If you have children, or if you have friends and family members who have children, ask them if they would like to be in a commercial. Make sure that parents sign model release contracts so that you are legally allowed to put the commercial online, and on the air, without being sued. Once you have everything setup it is time to sit back, relax, and watch as your commercial is filmed, edited, and then aired. Make sure you also air the commercial on your website, and through all your social media sites as well.